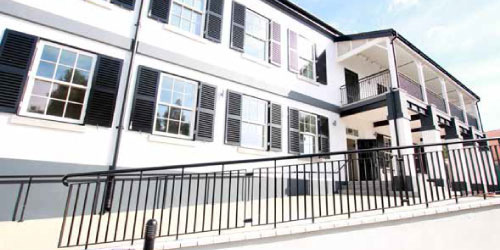 As you may know the Trustees of Cancer Relief Gibraltar reached a historic agreement with the Gibraltar Government (GG) last year in which the GG kindly agreed to fund the recurrent expenditures of a Hospice Unit at the Cancer Relief Centre as well as some major capital expenses so that the Unit can be opened for patients with advanced cancer.

For the Trustees of Cancer Relief Gibraltar to be in a position to properly implement this and sign the agreement with GG, a change in the law governing charities in Gibraltar is required before the Trustees can proceed with signing an agreement with GG.   We are pleased to say that GG accepted that these amendments are necessary, and published them in the Gibraltar Gazette prior to taking them to Parliament. This process was interrupted when the general election was called.

Now that there is a new Administration, the proposed Bill has been published again. It will be taken to Parliament at the earliest opportunity. Once this has gone through, the Trustees will be able to finalise the funding arrangements with GG. Cancer Relief Gibraltar will then begin to recruit the staff necessary to make the hospice a reality. Notwithstanding GG’s agreement to fund the recurrent expenditures of the Hospice Unit, it is important to appreciate that all existing services will continue to be funded as they are now, that is mainly through public donations, so the Centre will continue to be reliant on the fund-raising efforts of the community.

Cancer Relief Gibraltar would like to take this opportunity to thank all our supporters for all their help. We look forward to the opening of the hospice this year which will represent the culmination of so much hard work by all our supporters during the past thirty years. To you all, a HUGE THANK YOU!

This website uses cookies to improve your experience. We'll assume you're ok with this, but you can opt-out if you wish.Accept
We use cookies to ensure that we give you the best experience on our website. If you continue to use this site we will assume that you are happy with it.Ok